You might be wondering, what coming on on May 29?

Well, I thought I managed to secure the StayReal x Avengers shoes... turns out Airmall cancelled my order and rejected my credit card because they no longer take overseas cards.

I am like, whhyyy noooo. Does that mean I cannot buy lucky bags anymore?! Q.Q

So now, I am waiting for the rest of the world to get the Shoes. Most likely will get my brother to buy them for me while he is in Hong Kong.. Paying extra $30 because it is more expensive in Hong Kong sobss.

Times like this, I wish I am in Taiwan *cries*

My shitty Mandarin and Taiwanese might get me killed there tho.

Who knows? Maybe one day I will say, screw this, and go teach English in Taipei. lol

However, even my English is bad! haha.

See you in August!

Sadly, all my efforts in registering a eplus account did not pay off. Did not win a single ticket from the lotto...

*back to camping for my StayReal Ironman shoes*
Posted by Unknown at 08:41 No comments: 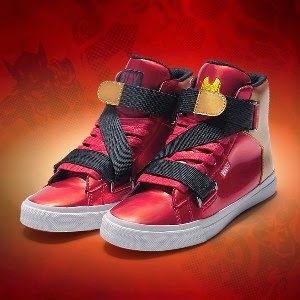 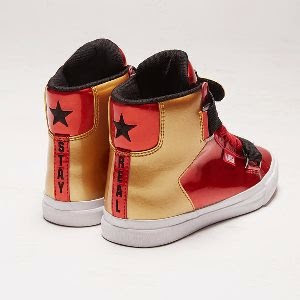 Been waiting for this ever since they announced the series! I love them the moment I saw the pictures!

NT3280, which is within what I have expected to pay~ Already have Kiri buying too~ haha, Share shipping FTW~

Also, high change I will get the IronMan shirt too...

Damn I am so looking forward to Civil War now!!!

Rest of the shoes: http://www.istayreal.com/news/966

Rest of the series: http://www.istayreal.com/product/topic/50
Posted by Unknown at 02:46 No comments:

First day of May! hahaha

I am being seriously lame now >.<

I wonder.. if I will ever 五月去看五天的五月天. I think that will be an awesome goal XD
Posted by Unknown at 23:32 No comments: 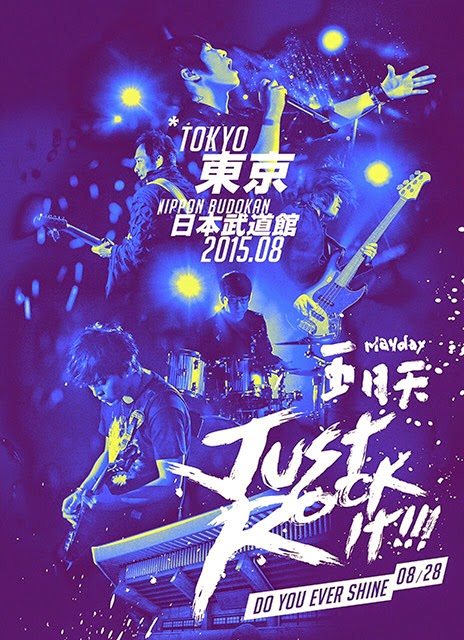 After much pain and torture from eplus, I have finally set up my account to ballot for advance tickets.
My plan was to just purchase the 2-3 tour plan (2x concert tickets and 2x hotel stay)… Imagine my shock when I realized that even the overseas tour plan was for balloting!
The package would have cost me almost $600 more! And yet I still have to ballot.
($600 because I was planning to just pay for the extra days at whatever hotel they are putting me in for the whole of my Japan trip)
Since I have already booked a hostel room for the period I am in Japan on booking.com (yeah for no fee cancellation!), and I have to ballot anyway, I’ve entered the advance sales ticket ballot as well.
And my god the trouble!
First I needed a Japan address- being the kaisu Singaporean I am, just registering and trying with one is not ‘safe’ enough. So I thought I can increase my chances by asking friends who are staying in Japan for their address.
And then eplus’s site decided to screw me over.
Took me 2 freaking days to release that I shouldn’t use the numpad to enter, and I should have used the keyboard row to enter number… Like seriously they are all numbers! What’s with the different formatting?!
I ended up only registering 2 accounts to bid 1 ticket on each day, as the website refused to take my Credit card details T__T So if I do win the ballot, I will have to do a net banking transfer.


So much trouble! But I hope I will get the ballot! I am actually pretty okay with either winning the advance sales or the tour package one. Will feel slightly safer with the tour package one as there is less chance of screwing up there, haha.
Posted by Unknown at 03:29 No comments: 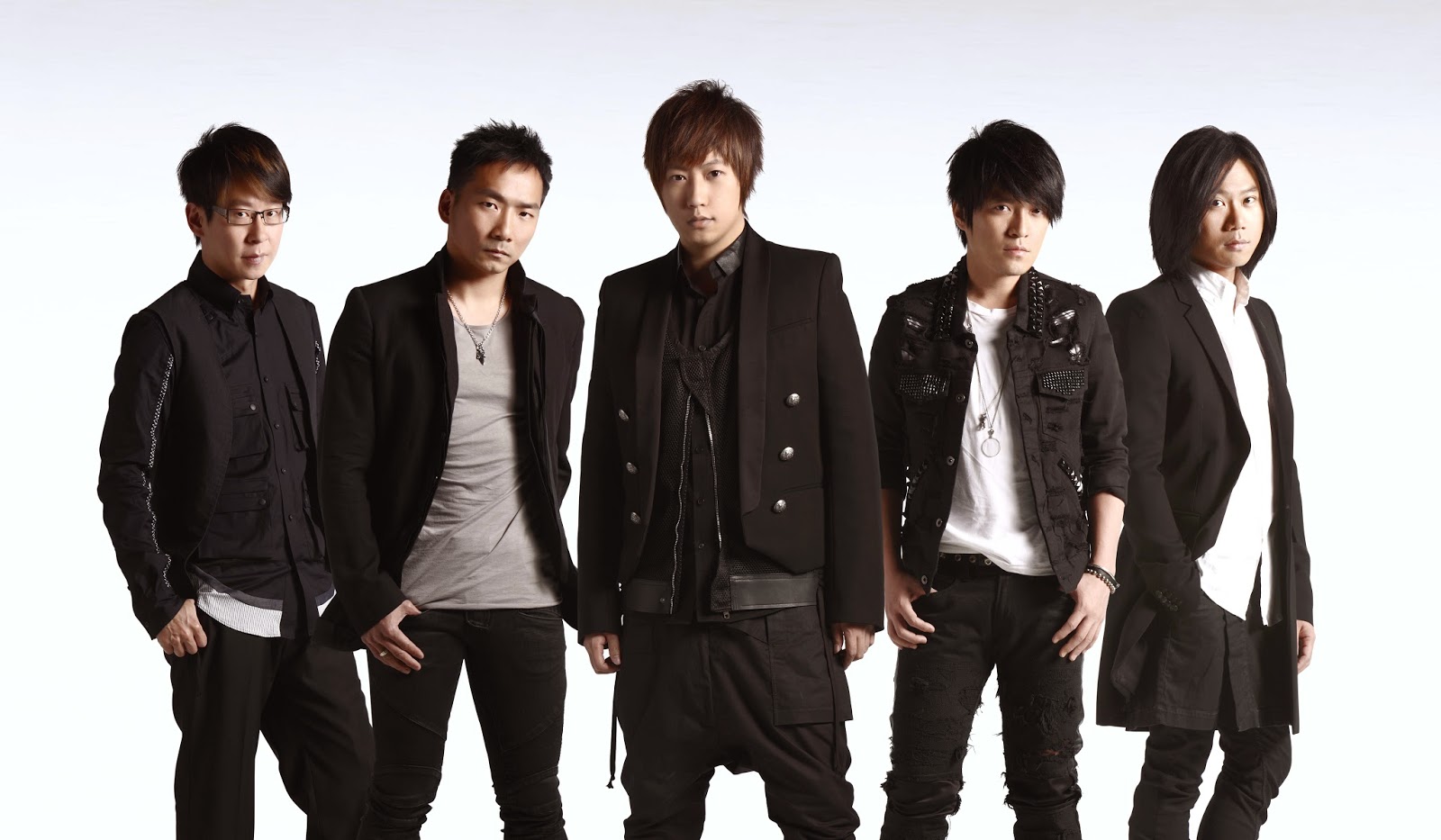 I wanted to write a dedication to the band on Dayre, but video linking isn't working *cries* so I've decided to write it on blogger instead!

Here are 16 songs which inspired me/ I just really like! In no particular order....

Top of the list! This was one of the first Mayday songs that really touched my heart.There was a time at work where I was doubting myself, and this song came onto my playlist. After listening to the lyrics, I really felt... screw it! I know what I am doing is right, and if others cannot see it now, let my results show them!!

Nothing is more touching than being in the 'snow' when Ashin sings this. My heart always break when he sings, "我給你自由, 我給你自由, 我給你自由. 我給你自由, 我給你全部全部全部,全部自由~~~~"


This is one of my ultimate favorite! Jeslene will tell you how HIGH I was when they played it at the F1 Singapore concert. haha. Bonus points for having a Japanese version with TERU in it! <3 Glay and Mayday loveeeeeee

Another song that breaks my heart whenever I hear it. How can so much hurt fit into one song?

Also, bonus point for having a Masa version, which I think is a lot more emotional because its just him and a guitar.

OOOOhhhhh~~~ yea yeah yea yea yeaaaaaa~~~~ One of my fav Taiwanese songs from them,.. because its one of the few where I can remember all the lyrics! haha


I love the melody for this song, and 永遠的永遠 is really cute, a lot of behind the scene imagines. And 闖's lyrics are really inspiring too! Another song on my 'When I am down' playlist.

And no, I am not cheating, it's technically 1 song! hahahahah

It's not a Mayday concert until this song is heard! Actually a lot of classic Mayday song have some form of ' lalalala' in it. lol

Have you noticed how much a sucker I am for heartbreaking love songs? I think this is also one reason why I love Mayday so much- Ashin writes really good heart breaking songs, and he sings it so well too. So much emotions (but not overly).

Besides Monster being adorable in this MV, this is another song where I just stop in my track and really listen to it... Every line seems to be talking to me (and a lot of people too, in this society where we tend to hide ourselves to be accepted by everyone). I asked myself, am I really happy at this point of time, or have I simply pretend to be happy for so long, that I think I am happy?

This is like, my morning alarm now! lol The bass is really pretty in this song, and I like the MV's directing- the use of shadows and angles to errr, hide certain features of our dear vocalist *hahahahha* Still love you a lot lahhh 主唱大人。

I often say that the only good thing about 步步驚情 is the theme song. hahaha. Seriously, the show was such a disappointment, it was almost a waste of Ashin's talent to write such a beautiful song for such a bad show.  I think they should just use Ashin's lyrics and film a whole show based on it!

... Yes I am super bias. IT IS A REALLY NICE SONG THOOO, And not just beautiful lyrics (as usual) but Masa did a really good job on the melody as well! It's such a sweet song that I really want this played at my wedding!

... SERIOUSLY NO BIAS HEREEEEE *okay maybe a little, It's a Masa in a bear mascot! HOW CAN YOU NOT LOVE IT!*

"你說呢 明知你不在 還是會問" The first line was enough to kill me. Such a lonely song about not wanting someone to be alone.. Such a sacrificing song...

My fave song written by Monster, the line 等待後面是等待 更沉默的等待 然後咬緊了牙關 等待更多的等待 was stuck with me for a really long time.

This song is here because of this video really. I like the song before, but after watching the 諾亞方舟concert, I was moved. Especially by Ashin's showmanship- how he just stood there and let the whole atmosphere of the concert sink into him, how the crowd just blend into one voice.... I was so moved. I hope one day, I will be able to attend a concert with a moment like this.

There we go! My 16 songs! A lot of other songs were written and crossed out, and debated... I love the whole 愛情萬歲 and 為愛而生 album, and wanted to include more songs from there, but I guess some cuts have to be made.

Email ThisBlogThis!Share to TwitterShare to FacebookShare to Pinterest
Labels: Mayday 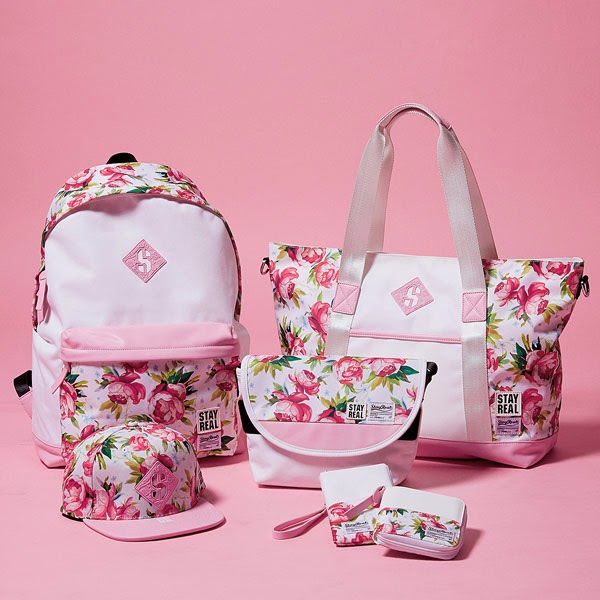 LOOK AT THIS.
SOO BEAUTIFULLLLL
So in love with the set!!! tahan dekinai! And it's call Afternoon teatime! Sooo cuteeeee~  So sweett!! 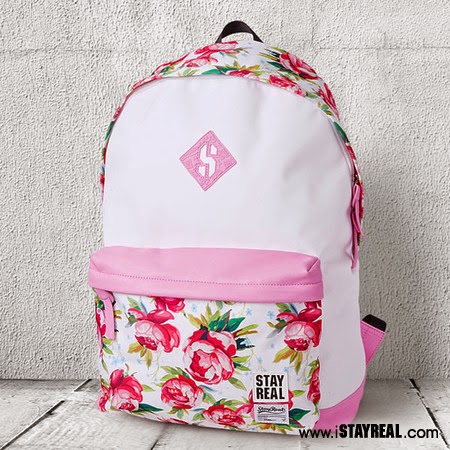 Brought this backpack. Now I am really glad I didn't buy the roma letter one, this is sooo much prettier, and so up my alley! The only thing I might mind is here is no side pocket, and the STAY REAL label is not a gold plate.. but I am just nit-picking now. 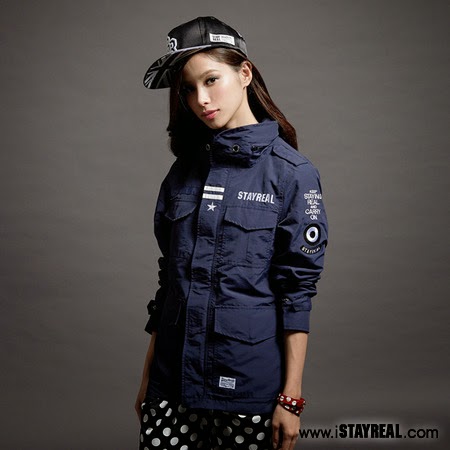 And this lovely jacket is finally released... at NT 3880!!! OMG so expensive! I knew it will be expensive, but this is tooooo expensive11 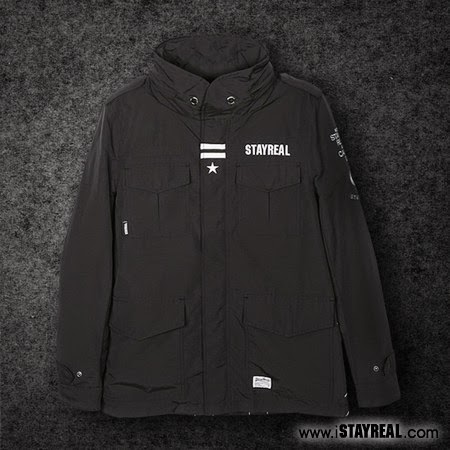 Anything Ashin wears is expensive. I wish I own Stay Real, then I can have all the expensive Stay Real I want, and wear all these nice clothes without thinking about how am I going to afford them... (what rubbish thinking). But yar, if Money wasn't an issue, I will like to own the whole Afternoon Teatime set, or at least get the cap and the handphone pouch too! 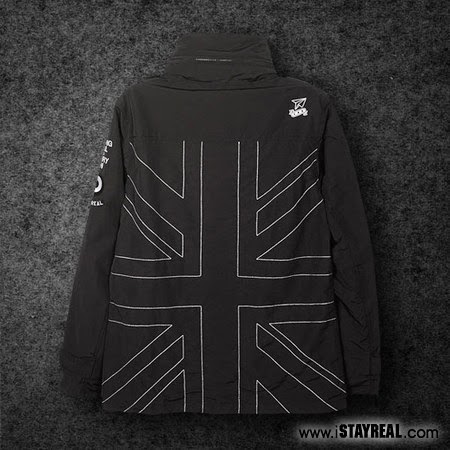 A lot of people complain about the design at the back, but I am pretty alright with it. I think it looks good when it is being worn. 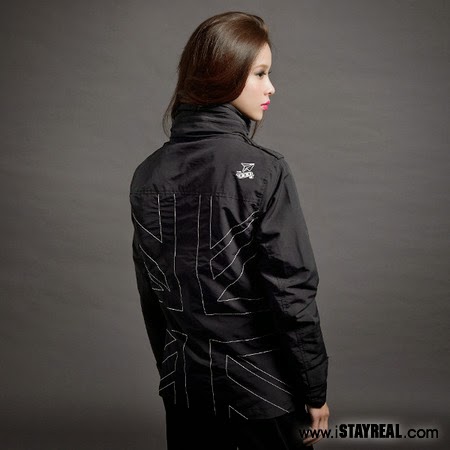 *Silently wishing at this will still be in-stock in July, and I will just shamelessly ask my friends to just share the cost and get it for me XDDD*

It is going to be too warm to wear in SG tho... haizz.

I miss Taiwan, I want to be back in Taiwan~~~

But I don't want to be in Taiwan for Summer.. hahaha!